On Wednesday night, we loaded up the big van and headed downtown to the state fairpark. We were so excited for the opening night of Arctic Adventures by World of Illumination. It was Scout's 17th birthday and that made it extra special.

We waited in line for only about 20 minutes before it was our turn. 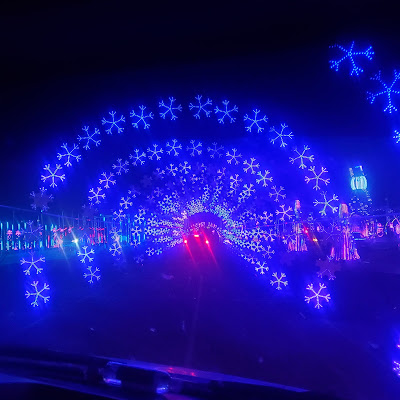 The lights were dancing to the music and mostly spinning in the same color schemes. I preferred the slower songs, but the kids liked the bouncing ones. 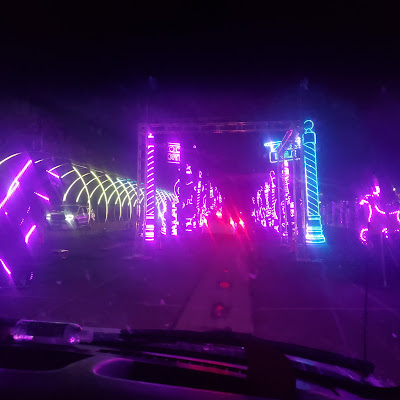 They had a few opening night glitches, but for the most part, the show was as promised and so fun! 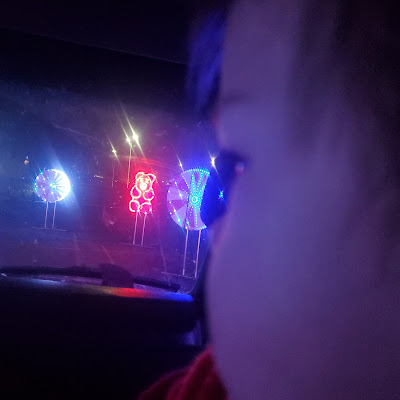 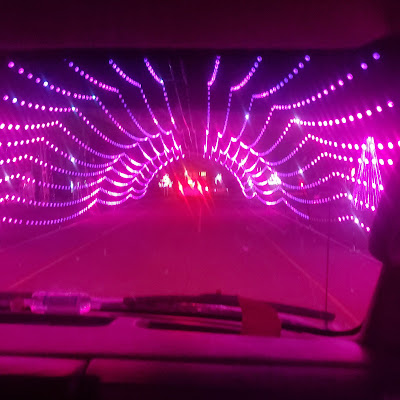 Use USFAM promo code to save 20% at World of Illumination.

Proud Member of The US Family Guide Network